Bantry left to sing the Blues after his senior relegation

The BANTRY Blues have been relegated to the third tier of Cork football.

The two-time senior county football champions fell through the trap of grade Cork Senior A at the first intermediate level after a disappointing seven-point loss to Bishopstown in Newcestown last Saturday.

The chief architect of Bantry’s fall was veteran Bishopstown forward Denis Crowley. Bantry just couldn’t handle the striker who set the majority of his team’s scores and scored three important points in the second half.

But, most disappointing of all, Bantry was out of color from the early stages of a must-see relegation match. They also managed to rack up a paltry 1-1 in open play. The Blues struggled to find an answer to their hungrier and more clinical opponents and could not have any arguments with the end result. Bantry manager Colm Cronin did not apologize for his team’s loss.

David Daly of Bantry Blues is challenged by Darragh O’Connor of Bishopstown in Cork SAFC’s relegation match at Newcestown.

“We have no complaints with today’s result as we were well beaten,” said Cronin. The South Star.

“Right from the start, we just never started. We didn’t play anything like we did against Mallow. I felt that if you don’t bring the intensity up to this level, you are caught up right away because you are up against good footballers all around you. We have struggled today, without a doubt, we have struggled.

Bishopstown took advantage of his opponent’s slow start to go from 0-5 to 0-0 in the first seven minutes. Liam O’Driscoll, Darragh O’Connor, Paul O’Flynn points and two free goals from Simon Collins gave the Town squad a perfect start. Denis Crowley was involved in each of those scores and continued to wreak havoc on Bantry’s defense whenever he was in possession. Ruairí Deane (free) put the Blues on the scoreboard after ten minutes and it was 0-6 to 0-2 at the first break after Deane (free) and Paul O’Flynn exchanged scores.

This relegation barrage was an ultra-physical battle with plenty of tough tackles and tough off-the-ball collisions that ruined an otherwise good encounter. Ronan O’Mahony (Bantry) and Darragh O’Connor (Bishopstown) received a black card in a second quarter in which Paul Honohan scored a point before throwing the ball into the net with a pass perfectly weighted by Denis Crowley. A flurry of goals at the end of the first half allowed the scores of Tadhg Downey, Ruairí Deane (free) and Arthur Coakley (free) to be answered by this man Denis Crowley who gave Simon Collins two more points to carry the score to 1-9 to 0-5. .

Bishopstown should have extended his advantage but was guilty of shooting four times in a row early in the second period. Once again Crowley made his presence felt by putting two points over the bar before converting a difficult free kick.

Bantry’s David Daly saw a point blank shot superbly saved by Ken O’Halloran, but it was a rare foray into the final third for a Bantry team struggling to make an impact. It took a formidable goal from Arthur Coakley in the 44th minute to give Bantry fans hope, but the Blues still trailed 1-13 to 1-6 in the final break in the water . 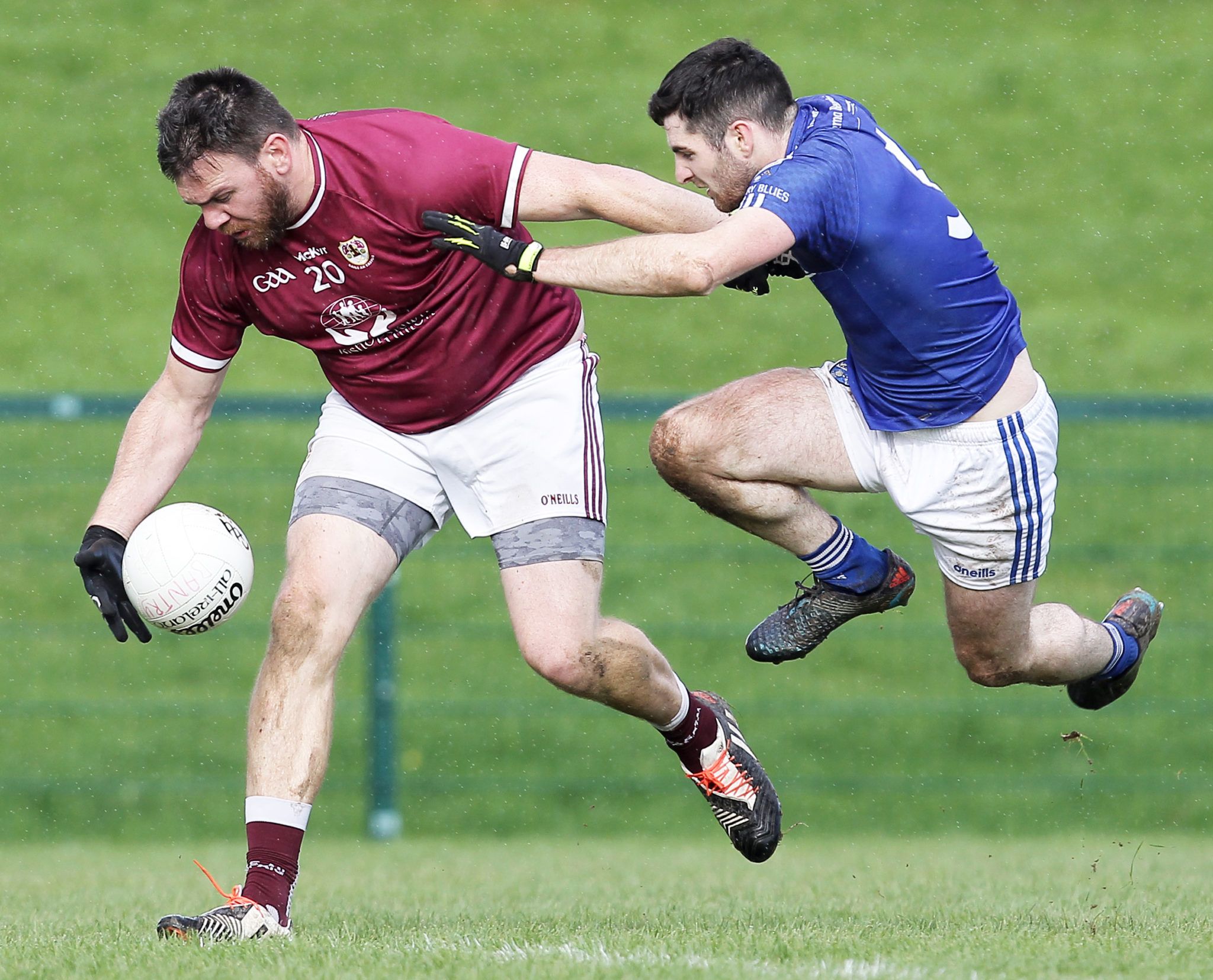 Denis Crowley of Bishopstown tries to get rid of Ronan O’Mahony of Bantry Blues.

Even Dara Costello’s black card couldn’t stop Bishopstown from controlling the finals. Coakley added another point after Bishopstown substitute Michael Nunan got his name on the scoreboard. The townspeople weren’t put off by their penalty kill as Paul O’Flynn added another point after Arthur Coakley converted a free kick. Bantry needed goals but couldn’t find a way to get past a well-organized Bishopstown defense without fear of getting physical whenever the need arose. A rambling ending saw Arthur Coakley take his personal tally to 1-5 from another free before Simon Collins, who had an excellent game, ended Bishopstown’s deserved 1-16 win at 1-9.

Right now, it’s hard to talk about the immediate future as he just went through relegation but the Bantry Blues need to build on their emerging talents if a return to senior A is to be achieved.

“There is definitely talent here,” said Bantry manager Colm Cronin. “It was our fourth loss in the Senior A football championship this year, so you can’t say we’ve been unlucky in all of our games. We have to regroup. The players are there at Bantry but they know the level to which we must aspire if we are to play senior A football again.

Previous Tens of thousands mourn death of Brazilian country singer
Next Anthony scores his best 33rd of the season, Magic catches up with Jazz