Three years ago, the Texas-born and raised artist joined John Mayall’s band as the first female lead guitarist. She is also the first female guitar hero on Alligator Records. When Covid hit, Wonderland was featured on forbes.com as one of the pioneers of home music concerts, performing live from his living room. Previously, she had recorded ten albums (including four produced by Ray Benson, founder of “Asleep at the Wheel”). Tempt fate, his latest album on Alligator Records is produced by Dave Alvin and includes five songs written by Wonderland. I met her in Austin.

How does it feel to finally be back on the road?

It’s good. We dipped our toes very slowly. We were in New York this spring. We kidnapped Shelly King and we all got in the van and went over there. Being in Texas, it’s not that easy to do shows. He must be outside or I don’t feel safe. But I loved the fact that people up there were very respectful of the whole mask situation. It was lovely.

So that’s 27 cities in 27 days? How do you do? You don’t even have the opportunity to spend time in these cities?

Well you have to hit while you can, especially when your record comes out, just in case people might want to see you. If things get back to normal, maybe next year we can hang out in places for a day or two more.

What’s the funniest thing on the road?

Meet people you haven’t seen in ages, and reconnect with some of your favorite sound pickers and friends who live in different cities.

What’s the worst thing about being on the road?

Be away from home. As much as I love being there, I just have to find a balance. I have a beautiful house and my husband is awesome so I miss him when we left.

You changed your label. This is your first alligator record. Why have you changed?

I haven’t had one for a while. I recorded this myself with the money I made playing with John Mayall. He was very encouraging. Then Alligator said, “Hey, we love it.” I could not believe it. I don’t know how it happened, but I’m super glad it did.

Do you think there has been a positive attitude change towards musicians who are not just singers, but multi-instrumentalists like you?

I think so. It is difficult to assess. When you look at the festivals and who booked, you could tell there is a disparity. But I noticed that you see more women playing in these things. Which makes me happy.

What was it like playing with John Mayall and his band? You toured with him for three years.

He’s amazing, just the nicest guy in the world. He really cares about everyone in his group and everyone in his group loves him. Playing with Greg Garza and Jay Davenport, I mean you can’t have a bad night. I learned a lot, not just musically. I mapped 80 songs and learned where they came from and how to make them different and respect playing in John’s band. It’s a huge shoe to fill in because there are so many great players who have been in this group. I have learned to be a better group leader because he is amazing.

How long did it take you to create Tempt fate?

We recorded it in about a week. I kidnapped Marsha Ball, Red Young, Cindy Cashdollar and of course Shelley King. I’ll kidnap Shelley whenever I get the chance. Bobby Perkins brought his friend Jan Fleming to play the accordion. Kevin Lance and Bobby were all over the record and Dave Alvin had the coolest ideas. He made the songs much better than what I started out with.

What’s your favorite song on the new album?

It’s like having children. Which one does not behave badly today? I think lyrically I’m probably the most proud of “Fragile Peace and Certain War”. I was angry when I wrote it, but happy when it was done. I also like “Crack in the Wall”. Cindy playing on it is so beautiful. The next day I was like, “are you kidding?” I was able to record a Bob Dylan song and have Jimmie Dale Gilmore sing with me.

Why did you choose songs from other artists like “The Laws Must Change?” From John Mayall?

In John’s band, he let me do a few songs per set. I thought I would play one of mine but then I thought, why not play one of his? â€œThe laws must changeâ€ has always spoken to me because I really believe it, and it still doesn’t in Texas. This song was written around the time I was born and it is still so relevant today. I really like this song.

I wrote this with Greg Garza in John Mayall’s living room. We recorded John’s last record around the same time. We were revising the songs and we started writing them. Greg came with the lick and he had the coolest words. I was like, it’s awesome! John came in and said, “You have to sing that one. It’s yours.” My first co-writing with Greg Garza.

And why Billy Joe Shaver’s “Honeybee”?

I’ve loved this song since I was a kid. Scott Daniels, my band’s guitarist for many years passed away a few years ago. We’ve always played this song for her daughter, so she always had a big place in my heart. He wrote that when he was a kid and for me, it’s another thing about writing timeless songs. The things he found true as a child are just as true when you are an adult. I thought this song was super pure, and I’m doing my best to throw an Eddy Shaver whip or two.

What about “It takes a lot of laughter, it takes a train to cry?”

I used to do this live and took it back on the road with Mayall playing amazing harmonica on it. Dave said, “I know someone who should sing that with you because Jimmy Dale also did it in his set when he was a kid.” When he came to sing, it was perfect. “Loser” was pretty much the same. I learned about it the night Jerry Garcia died. He’s evolved so much over the years we’ve played him. Dave pulled out his Strat and we had the best time putting the double guitar in the middle.

What do you think is the future of music in this age of Covid, which prevents so many people from going to live concerts?

I think there is some good and some bad there. Although it was devastating, there were also some good experiences. It may not always have been financially successful, but people have learned to record from home and share music. It’s definitely not the same as being in a room with people, but I think these new skill sets will come in handy.

What else good came out of Covid?

Well, many musicians have helped others by delivering meals and working in shelters. HOME Austin is a Texas charity where I have served on the board of directors with Marcia Ball, Shelley King and Nancy Coplin since its inception. We serve musicians aged 55 and over in the Austin area with housing needs. In response to Covid, we have collected and distributed over 100 grants of $ 500. It’s humbling to ask for donations and to be able to help so many people right here at home. During the pandemic, it was great to see musicians volunteering, not only to record live broadcasts, but also to go to the food bank. It really started a fire under our buttocks. It’s time for us to do our fundraiser in December.

What is the main reason you go on tour? Is it to help record sales?

I want to see the world. I want to have something to write. I want to see my friends and play. It’s nice to get together and meet new people too. I love playing at festivals because you have a chance to say “holy cow, who was that”?

Apart from the Covid, what has been the most difficult thing for you as a musician?

Trying to remember the new business. Like, oh yeah, there’s some paperwork involved.

What does the music do for you? 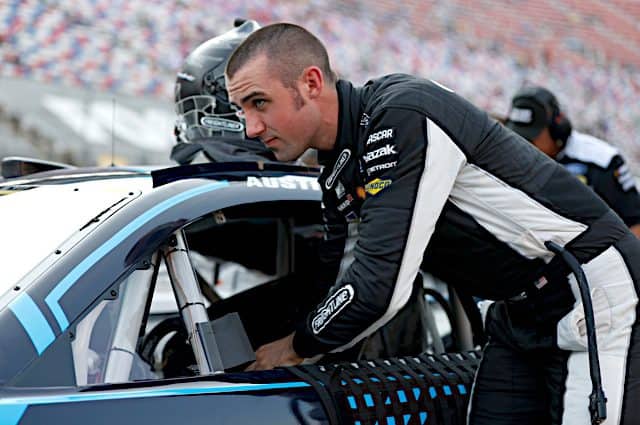